How God Presents Himself in the Present-Day 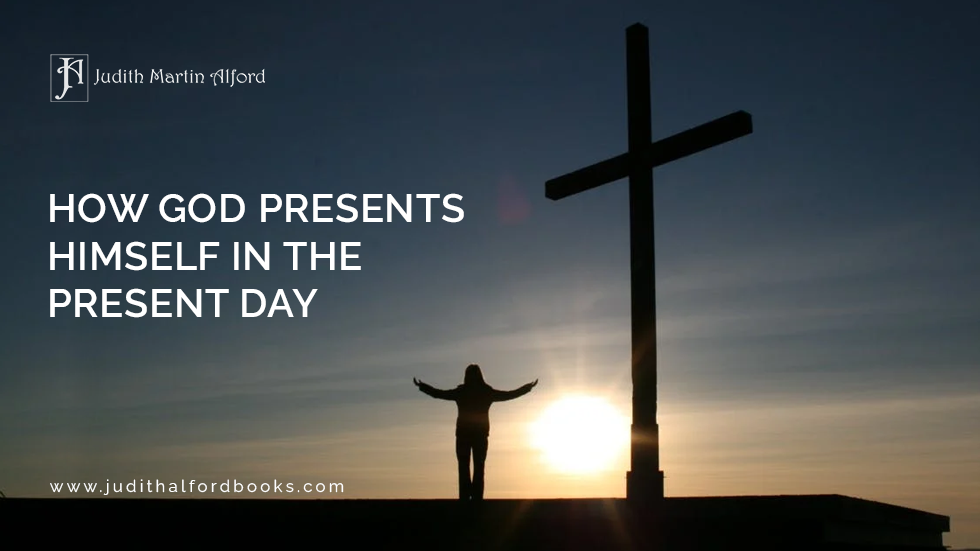 God’s greatest manifestation undeniably is through the miracles he performed as narrated in the Bible. But this differs in the modern-day world.

God is everywhere. He’s in the nature that greets everyone every day, making their world a more delightful place to live in. He’s in every kind person that people encounter. Those that make their lives more peaceful, more benevolent. But aside from these demonstrations, how does God make himself present in the world and the lives of every human being?

In a story book about relationships with God entitled The Hands of God written by Judith Martin Alford, she detailed how God is continuously present and doing wonders in the world today; wonders that affect people’s lives and those that magnify his love for his people. This book includes stories of how God communicates and shows himself to people in the modern-day. The ways He reaches out to those He wants to display his mercy to.

How God Manifests Himself According to the Bible

If people base it on what the Bible says about God’s manifestations, they may incur that the ways God chooses to interact with the people on earth vary greatly. For instance, in the Old Testament, God’s contact with humans is ironically characterized by a decrease in appearance, emphasizing that with time he reaches out less and less along with the presence of the other signs of his divine presence. The testament implies that God has slowly withdrawn his presence from his people, hiding himself from them as evil is said to befall them.

However, this is his interaction as recounted in the old days. Religious groups have introduced how God interacts with the world entirely differently when it comes to modern-day belief.

The human brain is composed of two sides: left and right sides. The left side is known as the logical side. It’s in charge of people’s detail perception, analytical thoughts, planning, etc. It’s what functions when people are faced with processing information that’s more factual and logical. In comparison, the right side is the creative or expressive side. It works for people’s imagination, creativity, and adventurous and emotional impulses. Anatomically, these sides and the other specific parts of the brain are responsible for people’s decisions and actions. However, beyond these mechanisms of the body, there is also something else – something beyond these nerve actions and neurons – that controls and regulates people’s behavior: their morality.

When it comes to choosing between the good and bad things, a person’s choice can be accounted to the logical side of the brain. However, it can’t be denied that above this, what the church teaches or the takeaways that people get from the Bible can massively impact their decisions and actions. This means that people’s choices aren’t primarily dependent on their brains but also on their conscious and subconscious. God acts among his people through these influences, ensuring that their behavior and beliefs don’t stray too far from what He wants. Through religious materials and people God had influenced in the past, He can continuously create little patterns and opportunities to take charge and impose his authority over the world’s system.

Without people knowing, God can alter the world around them by influencing and controlling probability. What people consider coincidences aren’t coincidences in God’s perspective. These are calculated situations that He has planned for one to experience. If God believes that an opportunity can benefit an individual, God can alter things so they may seize the situation and take home something valuable, whether learnings or gratifications. This probability can also be observed for every positive message or sign one encounters daily. God is partially responsible for bringing these forward for the individual to see. Again, things can be considered coincidental from a bystander’s perspective, but God’s intervening hands can also be credited.

God leads individuals to experience things He wants them to experience, which can lead to their ultimate purpose and those they can learn from. The quote “Everything happens for a reason.” holds true, as they do happen for a reason, and this is God testing an individual or making them realize their potential or guiding them toward a lesson they need to learn to grow. Ultimately someone’s past experiences can reveal God’s interventions and his specific plans for them.

These manifestations aren’t precisely the turning water to wine or breathing life back into the dead kind of miracles, nor are they the flashy and grandiose gestures that only the Divine creator can make. However, God exists in a way that leaves a significant impact on people’s lives, yet he may also be easily undetected by the unsuspecting eye.

God is omnipresent. He is everywhere, but at the same time, he is nowhere. He touches people’s lives yet wants them to credit themselves for every achievement and decision they make. He sets up the universe in a manner that he can easily mediate. However, he leaves it to people’s free will whatever they wish to do. And perhaps, this liberty to live their lives under their own power, yet with enough guidance from Him to push them toward an immutable purpose, is the greatest manifestation of his love and mercy for his people.